A study conducted by HigherAHelper found that retirees are twice more likely to move to a new state than all other movers, and more than a quarter of retirees who moved in 2020 chose to leave larger cities and metropolitan areas.

To uncover the best small cities for retirement, SmartAsset analyzed 247 places (with poulations between 65,000 to 100,000 residents) across eight metrics:

For the full list and SmartAsset’s data and methodology, please visit: https://smartasset.com/data-studies/best-small-cities-for-retirement-2021 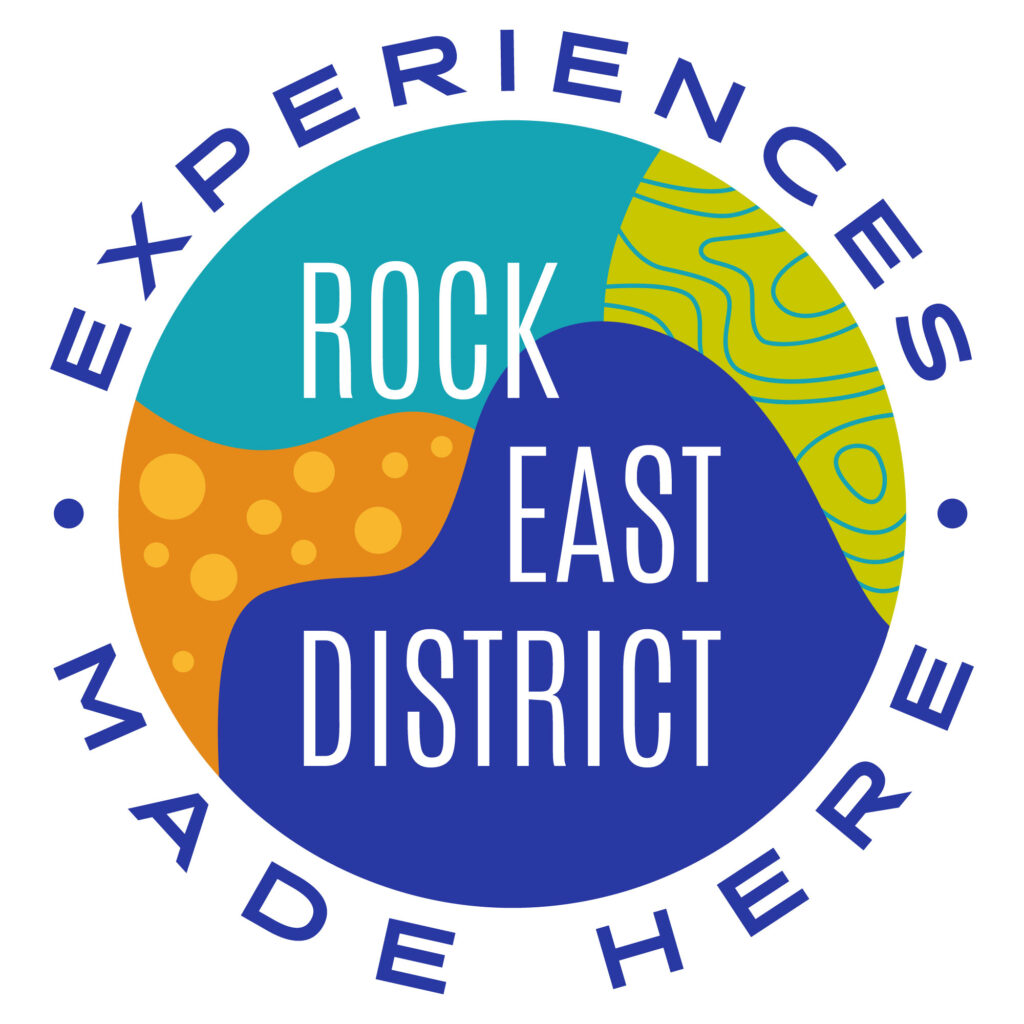 What is Rock East District?

Rock East District is a placemaking project led by Rockville Economic Development, Inc. to highlight the unique businesses, services and recreation assets of East Gude Drive in Rockville, MD. Placemaking is a multi-faceted approach that utilized local community’s assets and potential with the intention of creating spaces that promote the vitality of the people and businesses. Rock East District is also a pilot project to promote local tourism and provide support and recognition to small businesses recovering from the pandemic.

The East Gude Drive area at Rockville’s northeastern city limit has always been a distinctive commercial district of small manufacturers and makers like breweries, distilleries, home improvement and auto repair stores. The area is also home to a collection of multi-ethnic restaurants and unique retailers. However, the area lacked a recognizable ‘feel’ and culture, or sense of connected community. The businesses and assets of East Gude Drive presented an opportunity to engage in community revitalization and the enhancement of community life though the collaborative development of a community identity that visually and functionally markets itself as a distinct and lively area of Rockville.

How did Rock East District project come together?

Rockville Economic Development, Inc. (REDI) saw led a series of stakeholder meetings to create and implement the Rock East District brand. Partners included government and non-profit entities such as the City of Rockville, Rockville Chamber of Commerce, Montgomery County, Montgomery County Economic Development Corporation, and Visit Montgomery. Collaboration among these agencies allowed for the City’s official designation of Rock East District, the placement of branded banners identifying Rock East District as a distinct commercial area, and the creation of a tourism-oriented website: www.rockeastdistrict.com. In particular, this effort led to REDI’s collaboration with Visit Montgomery to develop a targeted tourism development and marketing program for Rockville. 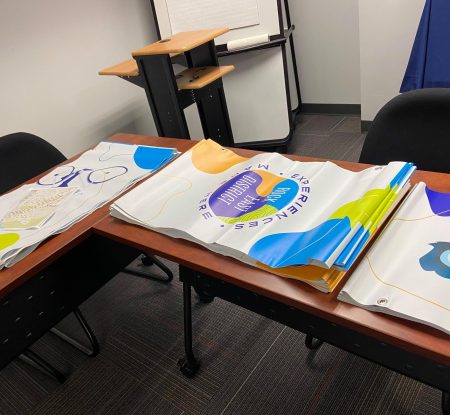 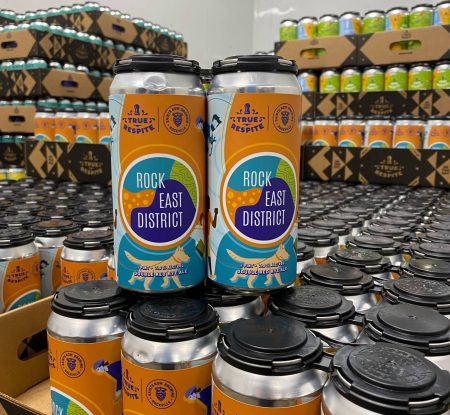 How can I support Rock East District?

Check out the Rock East District website: www.rockeastdistict.com and plan a visit!

If you’re a business located in Rock East District (map here: https://www.google.com/maps/d/u/0/edit?mid=1TlULngSECFB-JhyTUAL0sxq0IXyc4oxf&usp=sharing), we’d love to include you on the Rock East District website! Send us an email with your business information

Apex Home Loans, Inc. is a lending institution focused on providing mortgages that meet the financial goals of its clients. Apex Home Loans is headquartered in Rockville, MD and has multiple locations across Maryland, as well as Pennsylvania, Virginia, South Carolina and Florida. 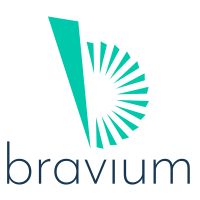 Bravium Consulting, Inc. is a management and technology consulting firm headquartered in Rockville, MD. Bravium was established in 2010, and specializes in Enterprise Service Management, Application Development and Project Management Office. 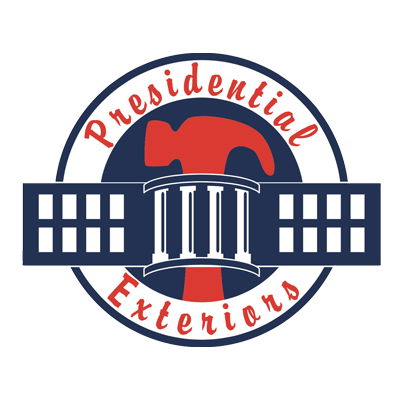 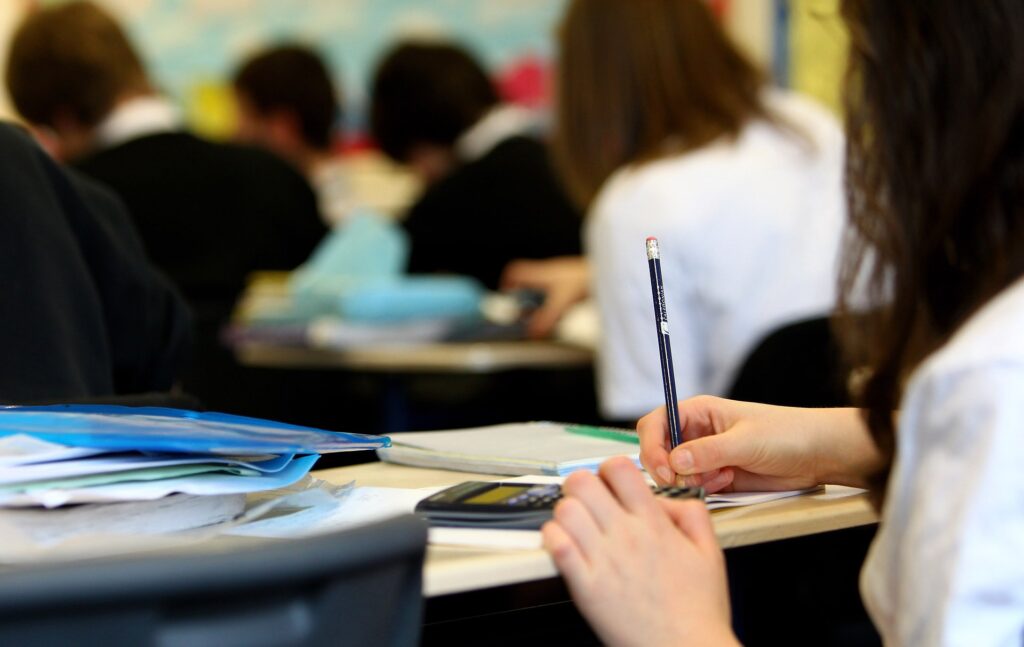 ROCKVILLE, MD — Elementary and middle schools in Rockville have been ranked among the best in Maryland, according to a brand-new ranking released Tuesday by U.S. News & World Report.

For the inaugural list, U.S. News published rankings and data on more than 80,000 public elementary and middle schools across the United States. Schools are ranked at the state and district levels. The best charter schools and best magnet schools ranked as stand-alone categories.

Here’s a look at how middle schools in Rockville ranked compared with others in the state:

To determine the rankings, U.S. News used data from the U.S. Department of Education to analyze two areas at each school:

The state assessment data used in the rankings is from the 2018-19 school year and, therefore, predates any effects of the COVID-19 pandemic on test-taking.

Schools were also ranked within their district. Here’s how elementary schools in Montgomery County Public Schools measured up:

Here are the top five middle schools in Montgomery County:

Rockville-based Supernus Pharmaceuticals announced Monday that it is acquiring Adamas Pharmaceuticals, adding to its portfolio of Parkinson’s disease treatments. The deal will bring Adamas’ GOCOVRI (amantadine) extended release capsules, the first and only U.S. Food and Drug Administration (FDA)-approved drug for the treatment of both OFF and dyskinesia in patients with Parkinson’s disease who are receiving levodopa-based therapy; and Osmolex ER® (amantadine) extended release tablets, which is FDA-approved for the treatment of Parkinson’s disease, and drug-induced extrapyramidal reactions in adults.

The deal is a financial win for Adamas stockholders, and will expand the revenue base and cash flow of Supernus. “This acquisition represents a significant step to further build a strong and diverse Parkinson’s disease portfolio, and aligns with our focus of acquiring value-enhancing, clinically-differentiated medicines to treat CNS diseases,” Jack Khattar, President and CEO of Supernus Pharmaceuticals said in a statement. “We have a proven track record of strong commercial execution, and look forward to building on GOCOVRI’s growth momentum so that more patients can benefit from access to Adamas’ innovative neurological therapies.”

Once again, biotech – along with residential housing construction – remain the only bright spots in an otherwise moribund and stagnant Montgomery County economy. This is largely because the smart decisions that led to the growth of Montgomery’s biotech sector were made before those who wrecked the County’s economy took office in 2002, 2006 and 2010. Supernus is located at 9715 Key West Avenue in Rockville. 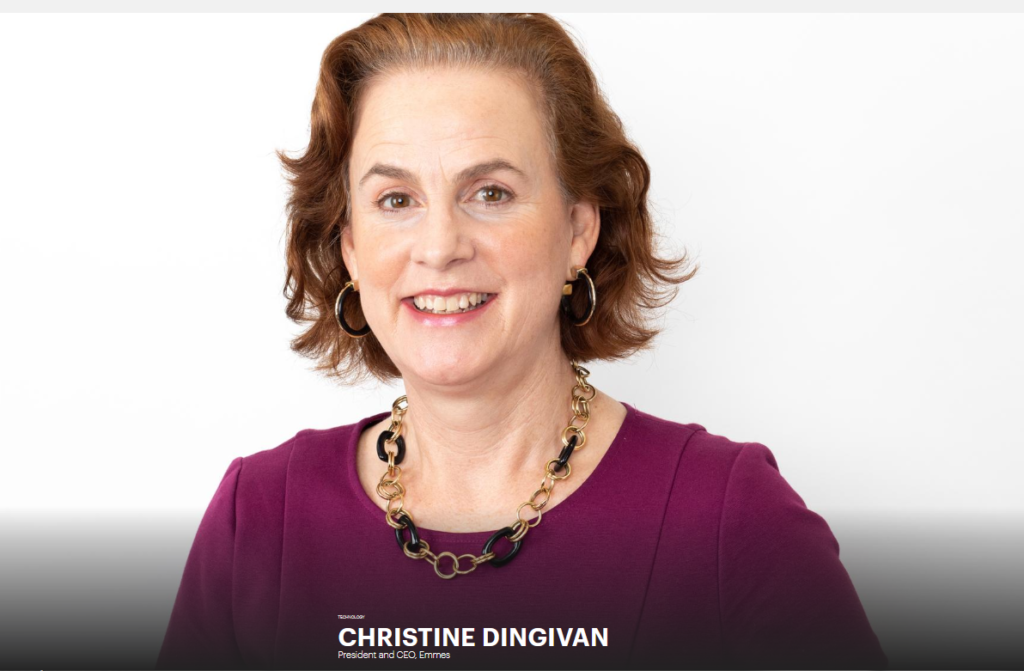 Congratulations to Christine Dingivan, President and CEO of Emmes!

Emmes is a global full service clinical research organization (CRO) dedicated to supporting the advancement of public health and biopharmaceutical innovation. Emmes serves on REDI’s Board of Directors as Vice Chair.

Dingivan joined Emmes in September 2020 at the height of the industry’s response to Covid-19. Emmes was a key contributor to the data and statistical analysis work for Moderna’s Covid vaccine trials and the National Institute of Health’s evaulation of Covid-19 treatments. Under Dingivan’s leadership, Emmes grew, expanding its network internationally and increasing its employees by 200 in 2021.

The 2021 Washington Business Journal ‘Women Who Mean Business’ honored 25 women at an awards banquet on Thursday, October 7 at the Ritz Carlton in Washington D.C.  Each year women from various industries and professions across the Washington D.C. region who have made a difference in their communities, blazed a trail for others and are leaving an indelible mark on business in the region are selected from a public pool of nominations and determined by a panel of judges made up of program alumni. 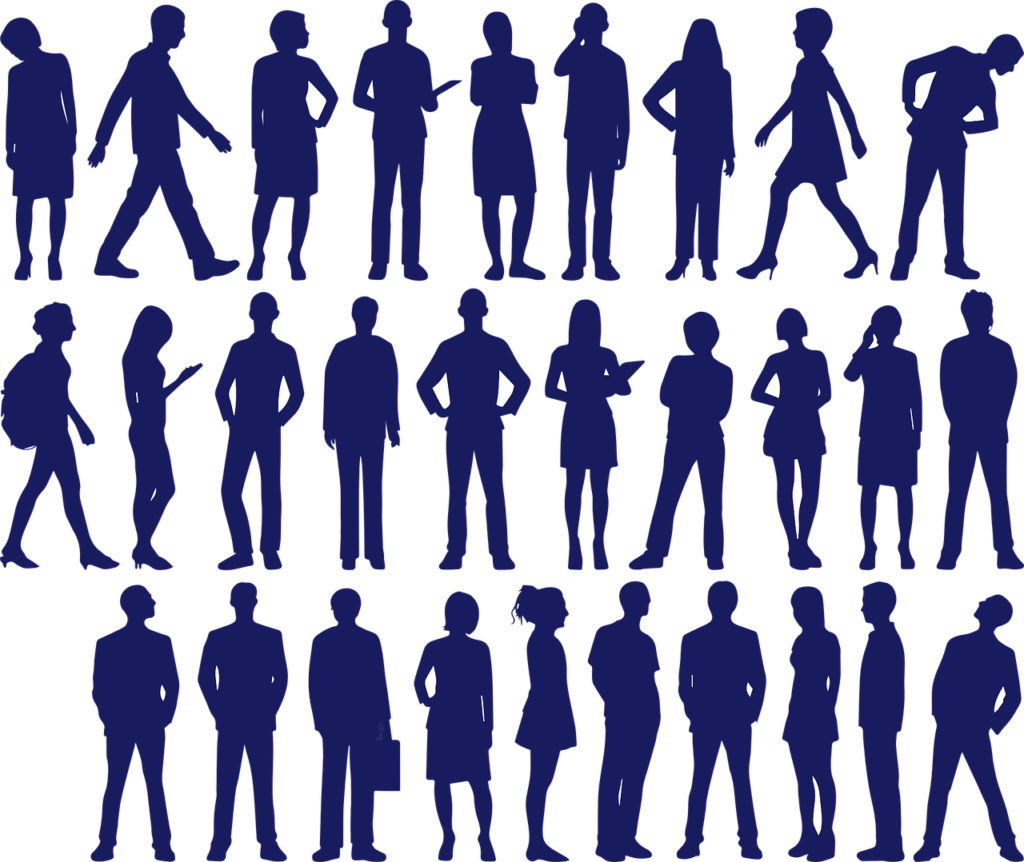 The following entities are able to apply: 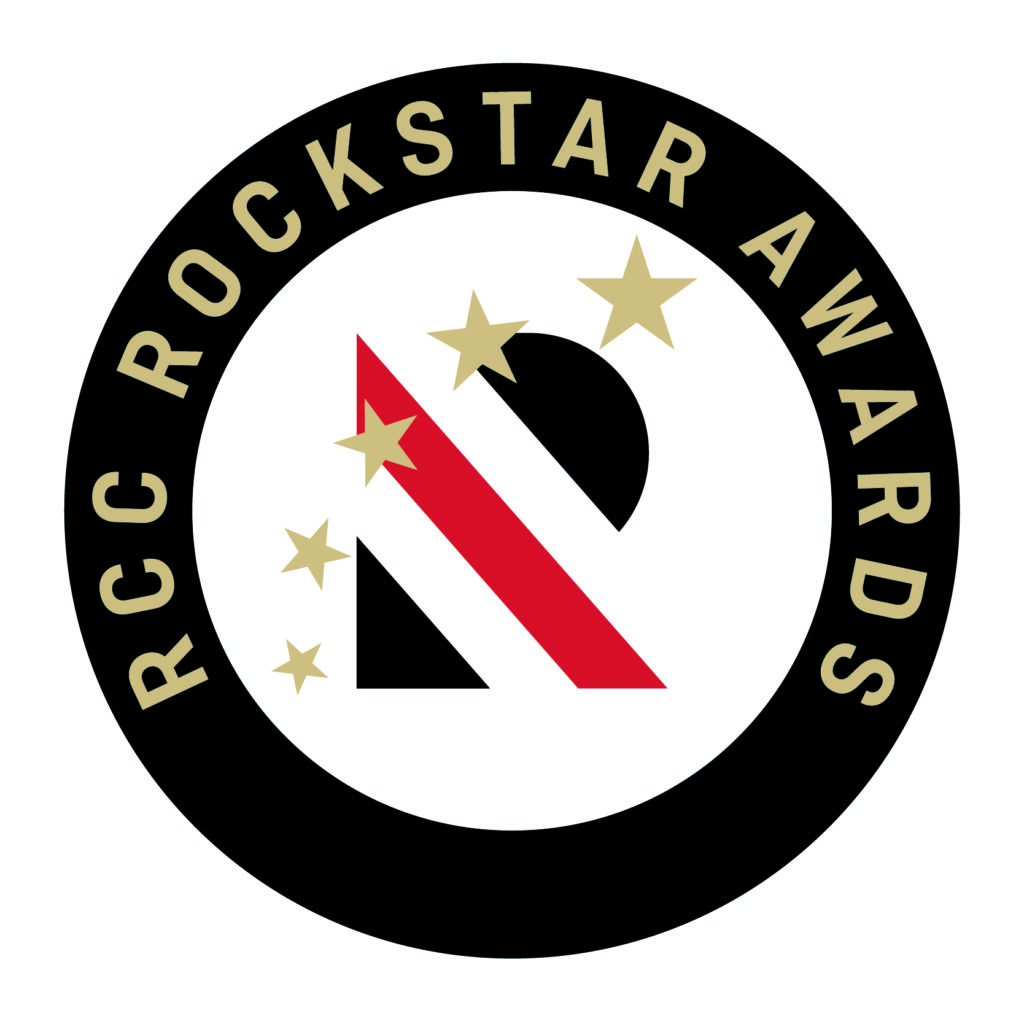 The Rockville Chamber of Commerce (RCC) annually recognizes its 'Rock Stars of the Year' including Small Business of the Year, Entrepreneur of the Year, and Community Service Award

Small Business of the Year Award recognizes a company that has been in business for at least five years with revenue under $5M. Specific criteria include: flexibility, innovation and has a proven unique business and marketing strategy that has benefited the Rockville community. The 2021 Small Business of the Year is SERVPRO of Rockville-Olney. Presented by last year’s winner, Pam Clark of Clark Concepts.

Large Business of the Year recognizes a company committed to the vitality and community in Rockville, which has over 50 employees and over $5M in revenue. Specific criteria include:  a commitment to their employees, their customers and has invested time, energy, and resources in the Rockville community. The 2021 Large Business of the Year is Marquis Health Services – Collingswood Rehabilitation and Healthcare Center. Presented by last year’s winner, Dan Cochran of Adventist Healthcare, Shady Grove Medical Center.

The Non-Profit of the Year recognizes outstanding practices among Rockville’s diverse non-profit organizations. Specific criteria include success in creating a lasting and beneficial impact for Rockville residents and sets a strong example for other non-profits in the community. The 2021 Non-Profit of the Year is Charity Connect.  Presented by previous award winner Andrea Kempner Wink, Community Reach of Montgomery County.

Entrepreneur of the Year recognizes a person who works for or operates a business taking on financial risk to do so, and identifies a need that no existing businesses address, and determines a solution for that need. Additionally, although the term “entrepreneur” is often associated with startups and small businesses, any founder of a successful household-named business began as an entrepreneur. Specific criteria include year over year growth, innovation, resilience, flexibility, and a unique business and marketing strategy, and a proven track record of commitment to the Rockville community and businesses. The 2021 Entrepreneur is Ryan Terko from Simply Nutrition.  Presented by last year’s winner, Josh Funk of Rehab2Perform.

Award winners will be honored at a black-tie optional sit-down dinner at the Manor Country Club in Rockville on November 4, 2021. Tickets are available until October 28, 2021. Attendance is not exclusive to Chamber members. All business community members are encouraged to attend and celebrate the award winners. 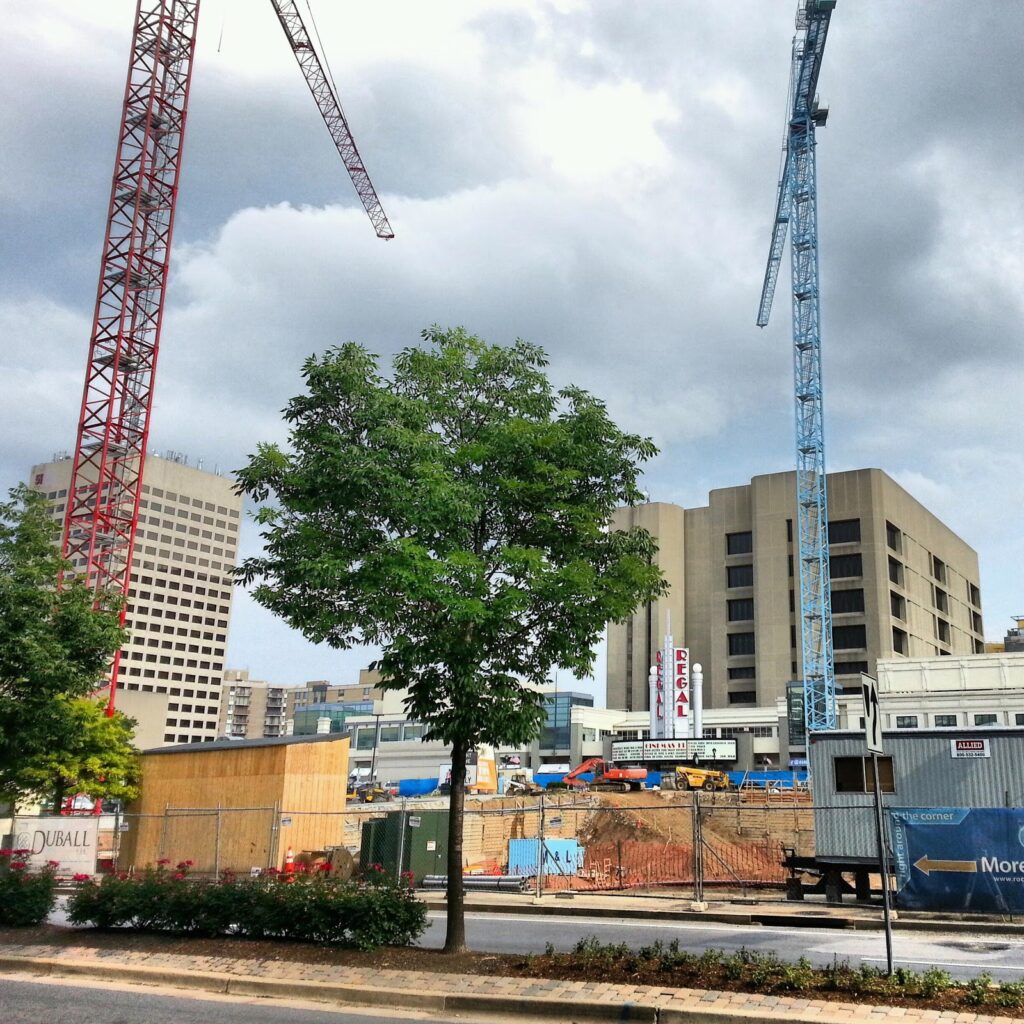 The Maryland Department of Commerce’s MIDFA promotes private sector investment in economic development projects through the insurance of financial obligations  and the issuance of taxable and tax-exempt bonds. The program promotes greater access to capital for small and medium sized businesses, and supports historically disadvantaged businesses in rural areas.

Commercial and Industrial (with the exception of retail), manufacturers, and not-for-profit entities. 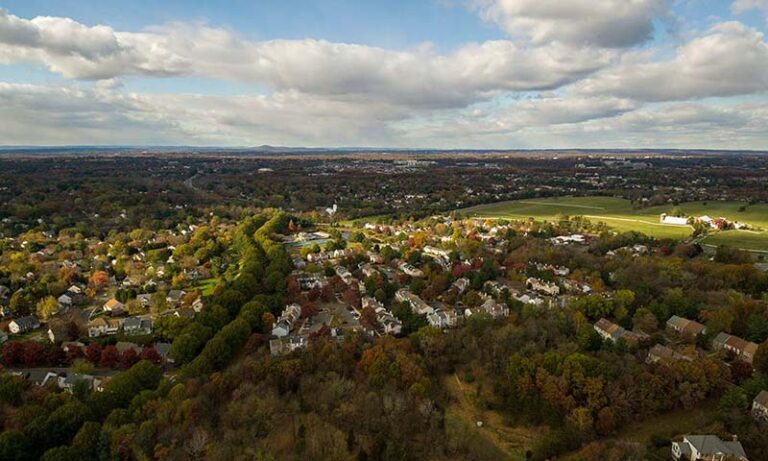 Rockville on Monday preliminarily approved an annexation and preliminary development agreement that includes up to 365 units at the site of a car dealership.

Officials previously discussed the proposed annexation and development at a meeting in July, before Rockville’s summer recess.

The updated agreement includes 247 townhouses and 118 multifamily units. The project would be on roughly 20.58 acres at the King Buick car dealership site along Md. 355, south of Fedor Avenue, city staff documents show.

At least 58 of the units must be moderately priced dwelling units (MPDUs), according to city code. Those units must be affordable according to formulas involving area median income. For instance, a family of four would qualify for living in one if their maximum income is $77,400.

Council Member Beryl Feinberg and staff members of EYA, the developer of the site, spent several minutes discussing what age range of children a playground at the site should serve.

Feinberg said she has lived in townhouse communities, and wanted to make sure the playground served younger and older kids.

“I’ve seen how, when you have a toddler, before your very eyes blink more than once or twice, they become children in third, fourth, fifth, sixth grade, and their needs are different than young to very young children,” Feinberg said.

EYA did not object to including an age range for the playground in the agreement, but wanted to make sure amendments did not prevent the developer from choosing the playground equipment and age ranges.

After several minutes, Feinberg, council members and EYA officials agreed to add language in the development agreement, specifying the playground is meant for kids ages 2 to 12.

The development will also feature a pool, a surrounding patio and a community center, city documents show.

“It’s a really great project, I think it enhances the King Farm community, enhances possibility for King Farm Farmstead and enhances pedestrian and bike transit along [Md.] 355,” Pierzchala said. “I think the city of Rockville ought to be thinking about extending those enhancements further south.”

According to city documents, EYA now must submit more documentation laying out more specifics about the development, before final approval by the mayor and City Council.